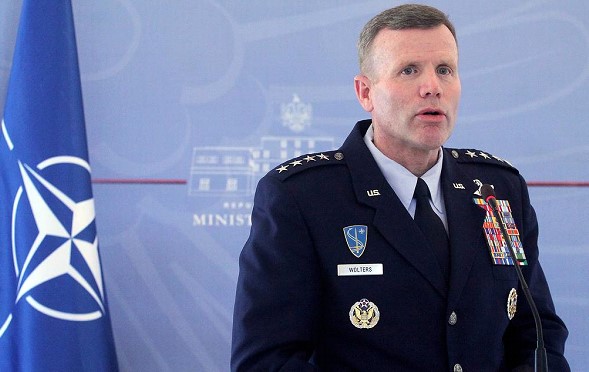 Military installations in the U.S. European Command are now ready to accept thousands of evacuees from Afghanistan at a time, the commander of Eucom said.

Across Europe, eight military installations in four nations stand ready to take on as many as 25,000 evacuees coming out of Afghanistan, Air Force Gen. Tod D. Wolters said during a briefing today at the Pentagon.

Right now, it’s Ramstein and Sigonella that have been receiving evacuees, Wolters said. Ramstein alone can house up to 12,000 evacuees at a time. The German installation has received 55 incoming flights, and currently has more than 5,700 evacuees on site. The general also said that more than 1,600 evacuees have departed Ramstein for the United States. In Italy, there are about 662 evacuees awaiting onward movement.

“This is a whole-of-government, whole-of-nation, whole-of-partner, whole-of-ally process,” he said. “The trust and transparency that we’ve constructed over the course of the last several decades, in particular with our NATO allies and partners, has paid huge dividends with respect to the effectiveness of this operation.”

The general said the assistance of Germany, Italy and Spain have been particularly effective in helping the U.S. carry out the evacuation mission.

When evacuees land in Eucom, the general said, they get food, water and shelter. They are also given medical screenings and are provided any follow-on medical care, if needed. All evacuees are screened for symptoms of COVID-19 as well, he said, adding that evacuees were also screened before leaving the Middle East and will be screened again when they arrive in the United States.

They are also getting security screenings in Europe, Wolters said, including meeting with personnel from the Department of Defense, Department of Homeland Security and the State Department.

Wolters said that about a third of the evacuees are children, and they and their parents are grateful for the work being done in Eucom to expedite movement to the United States.

“I will tell you that they are very, very appreciative and excited to be here,” he said. “And what they’re getting as far as treatment is concerned, at Ramstein and Sigonella, they are very, very much in favor of. And we’re proud of the opportunity to be able to be part of this operation.”