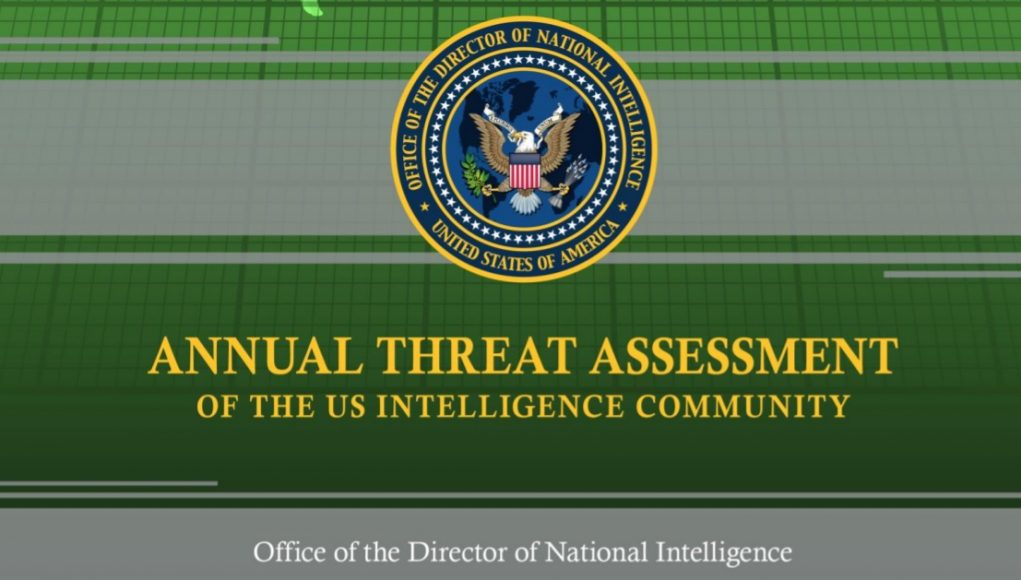 Moscow will continue to employ a variety of tactics this year meant to undermine US influence, develop new
international norms and partnerships, divide Western countries and weaken Western alliances, and demonstrate

Russia’s ability to shape global events as a major player in a new multipolar international order. Russia will
continue to develop its military, nuclear, space, cyber, and intelligence capabilities, while actively engaging
abroad and leveraging its energy resources, to advance its agenda and undermine the United States.
We expect Moscow to seek opportunities for pragmatic cooperation with Washington on its own terms, and
we assess that Russia does not want a direct conflict with US forces.

 Russian officials have long believed that the United States is conducting its own “influence campaigns”
to undermine Russia, weaken President Vladimir Putin, and install Western-friendly regimes in the
states of the former Soviet Union and elsewhere.

 Russia seeks an accommodation with the United States on mutual noninterference in both countries’
domestic affairs and US recognition of Russia’s claimed sphere of influence over much of the former
Soviet Union.

We assess that Moscow will employ an array of tools—especially influence campaigns, intelligence and
counterterrorism cooperation, military aid and combined exercises, mercenary operations, assassinations, and arms sales—to advance its interests or undermine the interests of the United States and its allies. We expect Moscow to insert itself into crises when Russian interests are at stake, it can turn a power vacuum into an opportunity, or the anticipated costs of action are low. Russia probably will continue to expand its global military, intelligence, security, commercial, and energy footprint and build partnerships with US allies and adversaries alike— most notably Russia’s growing strategic cooperation with China—to achieve its objectives.
 We assess that Russia’s Federal Security Service (FSB) organized the assassination of a Chechen
separatist in a Berlin park in 2019 and tried to kill opposition activist Aleksey Navalnyy inside Russia
in 2020 with a fourth-generation chemical agent.

 In the Middle East and North Africa, Moscow is using its involvement in Syria and Libya to increase
its clout, undercut US leadership, present itself as an indispensable mediator, and gain military access
rights and economic opportunities.

 In the Western Hemisphere, Russia has expanded its engagement with Venezuela, supported Cuba,
and used arms sales and energy agreements to try to expand access to markets and natural resources in
Latin America, in part to offset some of the effects of sanctions.

 In the former Soviet Union, Moscow is well positioned to increase its role in the Caucasus, intervene in
Belarus if it deems necessary, and continue destabilization efforts against Ukraine while settlement
talks remain stalled and low-level fighting continues.
[ 10 ]

 Since 2006, Russia has used energy as a foreign policy tool to coerce cooperation and force states to the
negotiating table. After a price dispute between Moscow and Kyiv, for example, Russia cut off gas
flows to Ukraine, including transit gas, in 2009, affecting some parts of Europe for a 13-day period.
Russia also uses its capabilities in civilian nuclear reactor construction as a soft-power tool in its foreign
policy.

We expect Moscow’s military posture and behavior—including military modernization, use of military force, and
the integration of information warfare—to challenge the interests of the United States and its allies. Despite flat
or even declining defense spending, Russia will emphasize new weapons that present increased threats to the
United States and regional actors while continuing its foreign military engagements, conducting training
exercises, and incorporating lessons from its involvement in Syria and Ukraine.

 Moscow has the wherewithal to deploy forces in strategically important regions but the farther it
deploys from Russia, the less able it probably will be to sustain intensive combat operations.

 Private military and security companies managed by Russian oligarchs close to the Kremlin extend
Moscow’s military reach at low cost, allowing Russia to disavow its involvement and distance itself
from battlefield casualties. These proxy forces, however, often fail to achieve Moscow’s strategic goals
because of their limited tactical proficiency.

We assess that Russia will remain the largest and most capable WMD rival to the United States for the foreseeable future as it expands and modernizes its nuclear weapons capabilities and increases the capabilities of its strategic and nonstrategic weapons. Russia also remains a nuclear-material security concern, despite improvements to physical security at Russian nuclear sites since the 1990s.

 Moscow views its nuclear capabilities as necessary to maintain deterrence and achieve its goals in a
potential conflict against the United States and NATO, and it sees a credible nuclear weapons deterrent
as the ultimate guarantor of the Russian Federation.

 Russia is building a large, diverse, and modern set of nonstrategic systems, which are capable of
delivering nuclear or conventional warheads, because Moscow believes such systems offer options to
deter adversaries, control the escalation of potential hostilities, and counter US and allied troops near
its border.

We assess that Russia will remain a top cyber threat as it refines and employs its espionage, influence, and attack capabilities.

 Russia continues to target critical infrastructure, including underwater cables and industrial control
systems, in the United States and in allied and partner countries, as compromising such infrastructure
improves—and in some cases can demonstrate—its ability to damage infrastructure during a crisis.


 A Russian software supply chain operation in 2020, described in the cyber section of this report,
demonstrates Moscow’s capability and intent to target and potentially disrupt public and private
organizations in the United States.

 Russia is also using cyber operations to defend against what it sees as threats to the stability of the
Russian Government. In 2019, Russia attempted to hack journalists and organizations that were
investigating Russian Government activity and in at least one instance leaked their information.

 Russia almost certainly considers cyber attacks an acceptable option to deter adversaries, control
escalation, and prosecute conflicts. Intelligence, Influence Operations, and Elections Influence and Interference
Russia presents one of the most serious intelligence threats to the United States, using its intelligence services and influence tools to try to divide Western alliances, preserve its influence in the post-Soviet area, and increase its sway around the world, while undermining US global standing, sowing discord inside the United States, and influencing US voters and decisionmaking. Russia will continue to advance its technical collection and surveillance capabilities and probably will share its technology and expertise with other countries, including US adversaries.

 Moscow almost certainly views US elections as an opportunity to try to undermine US global standing,
sow discord inside the United States, influence US decisionmaking, and sway US voters. Moscow
conducted influence operations against US elections in 2016, 2018, and 2020.

Russia will remain a key space competitor, maintaining a large network of reconnaissance, communications,
and navigation satellites. It will focus on integrating space services—such as communications; positioning,
navigation, and timing (PNT); geolocation; and intelligence, surveillance, and reconnaissance—into its
weapons and command-and-control systems.

CIA Director William Burns : “The Role of Intelligence at a Transformational Moment”