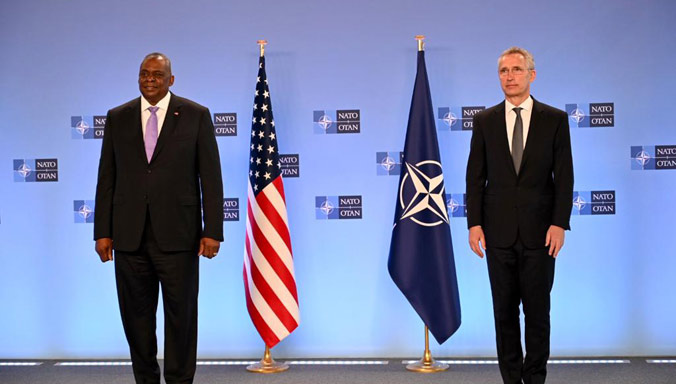 Secretary Austin expressed his support for Stoltenberg’s NATO 2030 initiative, which aims to keep the Alliance strong militarily, make it stronger politically, and give it a more global view.  Secretary Austin focused on the importance of maintaining a credible #NATO deterrence and defense posture, investing in defense capabilities, and improving Alliance readiness to fight and win if deterrence fails.  The leaders also discussed the retrograde in Afghanistan and the NATO mission in Iraq.

Secretary General Stoltenberg also highlighted his visit to the HMS Queen Elizabeth where he saw NATO Allies working together as part of the Steadfast Defender 21 exercise.

The virtual Defense Ministerial is the final opportunity for senior NATO defense leaders to consult, coordinate, and decide on Alliance security issues prior to the meeting of NATO Heads of State and Government on June 14.