Security News
Home Defense Stars and Stripes : US to send medium-range rockets to Ukraine in... 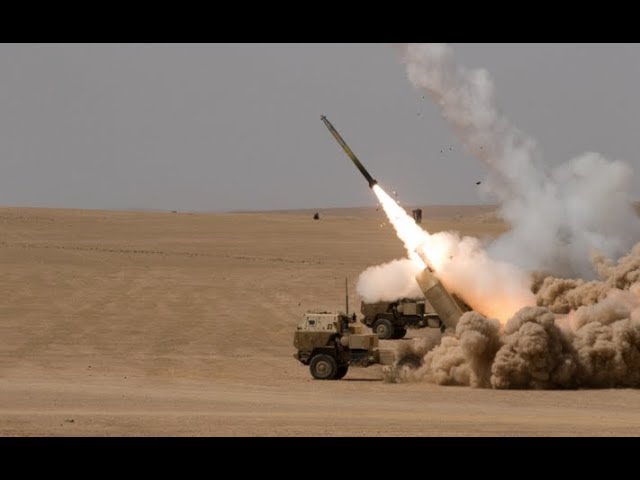 WASHINGTON — The United States will send high-tech, medium-range rockets to Ukraine as part of another $700 million in military aid to help its forces stop advancing Russian troops in the eastern Donbas region, a senior White House official said Tuesday.

“We are giving the Ukrainians a range of capabilities that we think are commensurate with the fight that they are in on the battlefield and the conditions that exist today,” the official told reporters by phone.

The new aid package to be announced Wednesday will include High Mobility Artillery Rocket Systems, or HIMARS. Ukrainian officials have been pleading with U.S. officials for weeks to get the rocket systems, which can strike targets roughly 50 miles away.

Some critics have argued sending the rocket systems could escalate the monthslong war, but Ukraine has agreed to a U.S. stipulation that the rockets not be used against targets in Russia, the White House official said.

“The Ukrainians have given us assurances they will not use these systems against targets in Russian territory and based on those assurances, we’re very comfortable that they will not,” the official said.

President Joe Biden on Monday pledged he would not send Ukraine “rocket systems that can strike into Russia,” though any ammunition placed close enough to the Russian border could fire into enemy territory.

The fighting in Ukraine has been focused recently in the Donbas region of eastern Ukraine, which the Pentagon has said requires long-range munitions such as these types of rockets. Russia has made incremental progress in the region, a senior U.S. defense official said Friday, but the Ukrainians continue their fierce resistance.

The official said criticisms about the potential for the rockets to be used against targets inside Russia distract from “the Russian assault on a sovereign country.”

“Russia is attacking inside Ukraine, not the other way around,” the official said. “I think that can’t be stated enough because it’s definitely a Russian goal to obfuscate that fact.”

Some U.S. rocket systems can launch as far as 186 miles, depending on the type of munition, but the U.S. is not sending those “at this time,” the official said.

“We’ve decided not to provide the longer-range munitions … and have communicated that to the Ukrainians,” the official said.

The U.S. has already sent weapons such as Javelin surface-to-air missiles and M777 howitzers in 10 previous military aid packages. The 11th package will bring the total dollar amount of equipment and weapons sent to Ukraine to more than $4.6 billion since Russia invaded Ukraine on Feb. 24.

Wednesday’s package will be the first to come from the new $40 billion supplemental funding bill passed May 19, which allotted about $11 billion for military aid for Ukraine.

White House officials did not say when the new aid would arrive in Ukraine. On average, it has taken about four days between the time a military aid package is approved to when it ships out to Europe, senior U.S. defense officials have said, stripes.com wrotes.