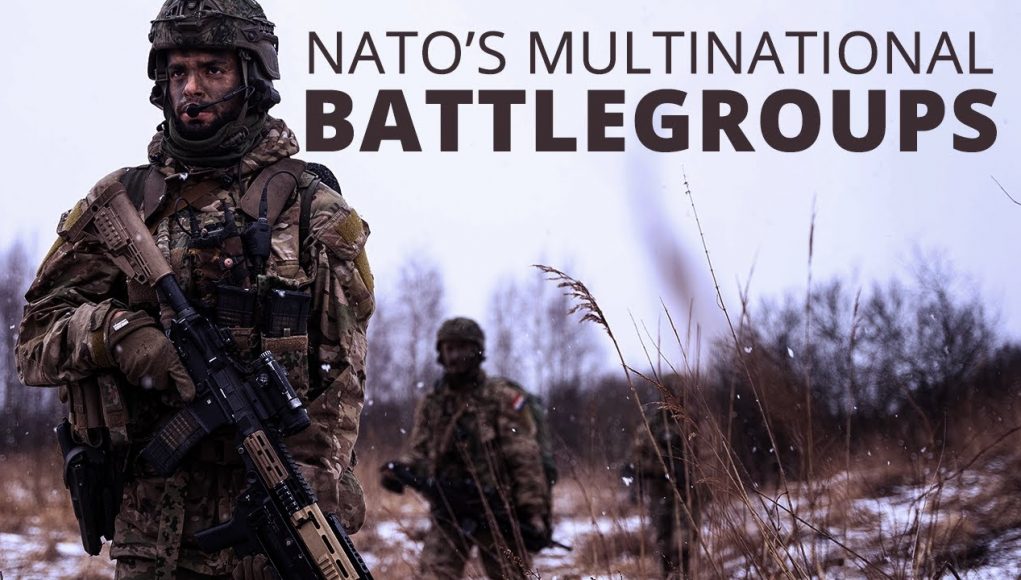 It’s been five years since NATO deployed four multinational battlegroups to its eastern flank. The battlegroups, stationed in the three Baltic States – Estonia, Latvia and Lithuania – as well as in Poland, were one of several measures announced in response to Russia’s illegal and illegitimate annexation of the Crimean peninsula in Ukraine in 2014. As they commemorate their fifth anniversary, the battlegroups, led by Canada, Germany, the United Kingdom and the United States, remain combat-ready, demonstrate the strength of the transatlantic bond between Europe and North America, and make clear that an attack on one Ally would be considered an attack on all.

After Russia’s unprovoked and brutal invasion of Ukraine, which began on 24 February 2022, NATO announced the formation of four more battlegroups in Bulgaria, Hungary, Romania and Slovakia. This video examines the role of the battlegroups, how they train and operate, and what they bring to the Alliance. Featuring interviews from battlegroup commanders, it also looks back at the deployment of the battlegroups and the cause of their placement in the east of the Alliance.

NATO’s military presence in the eastern part of the Alliance is a key part of NATO’s strengthened deterrence and defence posture, which has been enhanced in recent years to reflect the new security reality in the Euro-Atlantic area. Russia’s illegal annexation of Crimea, continued aggression against its neighbours and full-fledged invasion of Ukraine have fundamentally changed the security environment in Europe, and NATO has responded by significantly strengthening its readiness to protect and defend all Allies. The forward presence of Allied forces is defensive, proportionate, transparent and in line with the Alliance’s international commitments and obligations. It represents a significant commitment by Allies and is a tangible reminder that an attack on one NATO member country is an attack on all.

NATO’s forward presence comprises eight multinational battalion-size battlegroups, provided by framework nations and other contributing Allies on a voluntary, fully sustainable and rotational basis. The battlegroups operate in concert with national home defence forces and are present at all times in the host countries.

The battlegroups are not identical; their make-up is tailored to geographic and host nation requirements. Overall, military effectiveness guides each battlegroup’s composition. Today, troops from over 20 Allies serve, train and exercise together, representing a strong expression of Alliance unity and solidarity.

The eight battlegroups are composed of the following Allies:

In addition, many activities undertaken by Allies nationally – while not formally part of NATO’s forward presence – also contribute to increased Allied activity in the eastern part of the Alliance.